SKRC – Simon Kuznets Research Center – is a non-governmental, non-profit and non-partisan organization established in 2011. Our activities concentrate on development of the market economy and civil society in Belarus. We aspire to create a network of Belarusian economists and through their work to impact the economic and social policies pursued in Belarus and the society’s understanding of the economic developments.

SKRC is supported by CASE Belarus, which is part of CASE Network. CASE Network is the biggest research network in Central Europe and CIS, thus it benefits from sharing knowledge and experience of all CASE network members based in Poland, Ukraine, Moldova, Georgia and Kyrgyzstan. We share CASE’s core idea that evidence-based policy making is vital to the economic welfare of societies. SKRC is branch of CASE Belarus on the basis of BSEU.
We strongly believe that existence of independent think-tanks providing non-partisan and professional research is irreplaceable for civil society development in Belarus and that it will support transition process in Belarus by helping to avoiding at least some mistakes.

SKRC supports the work of the Belarusian Economic Portal EKONOMIKA.BY

The portal is designed to inform practitioners and theorists about sound results of the research obtained by Belarusian and foreign academic economists, concerning solutions to the problems of the Belarusian economy . According to the new concept of the portal (2015) the news feed includes own original analytical materials prepared by the staff of the SKRC.

The target audience comprises employees of the public administration sector, the financial sector, business owners and managers , as well as representatives of the academic environment.

The mission is to act as a link between the academic economic community, for one part, and people who make economic decisions on different levels and carry out practical activities, for the other part; to promote spreading of worldcentric outlook in Belarus, based on the values of rationalism and self-expression; to fight against various economic prejudices, fears and phobias through education and spread of knowledge. 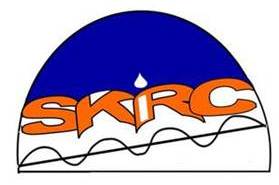 The letters and the umbrella are placed in the top, which symbolizes “Kuznets curve” and at the same time it symbolizes the so called “glass cover”. This is a metaphor of the French historian Fernand Braudel (1902-1985), who described the system of institutions that contributed to the emergence and development of capitalism, first and foremost , to a privileged minority ends .

The umbrella symbolizes the role of economic research, legal and political institutions, which form the system of private property, which in its turn, creates equal opportunities for all segments of the population. So, the skeleton of the letter R ( research) is also a handle of the umbrella -shaped i (institutions) – without effective institutions neither a stable model of the market economy can be formed , nor adaptive efficiency of market mechanisms can be provided.

The mission of the economists of the Research Center by Simon Kuznets is to conduct similar studies to protect the Belarusian economy from external and internal adversity, including fallacies of economic policy.

Under letters SKRC an improvised Haberler curve goes characterizing the cyclical development of the market economy and the trend of sustainable growth in the long- term period . Still, economic studies should contribute to the sustainability of the economy.

Letter from son of Simon Kuznets:

«I see no reason why you should not name a research center at the Belarusian State Economic University after my father, Simon Kuznets. My father was born in Pinsk, and I do not have his birth certificate. Sincerely, Paul Kuznets». April 28, 2013